Ukraine, part two. Impact of the Russo-Ukrainian War on the Middle East

1.The populace  of Middle East ( ME)  along with other parts of the world are feeling the impacts of the war in Europe  on their food security, energy prices and job markets . They are divided between sympathizing with the  Ukrainians devastated by Russian aggression and how the world shied away when the same weapons were used in Syria and Libya few years earlier! In political terms, the crisis has not yet forced any significant realignments.   Rather, various countries including the Gulf and Israel are hedging their bets between the US and Russia and seeking to draw maximum benefits in key areas of interests.  However, long term sanctions on Russia will be challenging for ME countries like Egypt, Saudi Arabia and UAE , all of whom have been diversifying their defense needs and seeking greater cooperation with Russia and China .

4.The worst affected from the Ukraine war will be Syria and Libya , the two arenas where US- Russian collaboration is most needed for a sustainable political outcomes.Russia’s considerable military presence in both countries and its increasing political and economic isolation may drive it to be a disrupter of ongoing efforts to address political divisions in Libya and to be even more supportive of the Syrian and Iranian regimes than it has been in the past.. Meanwhile, both Turkey and Israel are troubled by the prospects of future Russian action in Syria , due to their stakes in these countries. Turkey is concerned that Russia-could increase pressure in the rebel enclave Idlib, triggering an influx of refugees . Syria’sKurdish population concerns are that a US- Turkey trade- off in this larger geopolitical tussle would come at their expense. Israel is worried with growing Russian- Iran cooperation and possible limits on its aerial bombardment of Iranian targets in Syria.

5.. Another areas  of serious concern for the ME nations are humanitarian aid and food security in the region especially related to fragile regional countries. The growing number of Ukrainian refugees and the phenomenal cost of post conflict re construction are raising fears that the critical humanitarian aid may be diverted from ME to address the fall out from the Ukrainian conflicts. For the millions of Palestinians, Lebanese, Yemenis, Syrian and even Iraqis who live in countries affected by conflicts and economic depreciation and increasing humanitarian needs, this would be a shutting down of critical life support . The crisis is also aggravated by the likely food shortages in countries like Lebanon, Egypt which rely on Russia and Ukraine for their wheat supplies in the range of 90%. Food and humanitarian aid shortage could cause severe political crises if the people come to streets in protests.

6.The future of gas and oil supplies is critical . Europe will likely seek to build up alternate gas supplies and therein lies an opportunity for Gulf and Eastern Mediterranean countries. Gulf countries are currently gaining from the increase in oil prices and leveraging this situation to renegotiate their relationship with US on favorable terms in places like Yemen etc. Much remains to be seen in this conflict which has heralded a long term shift in global relations. The traditional alignment of prominent ME countries with US has also suffered a set back because of US lackluster support and aid to Ukraine against the Russian aggression. Even NATO & European Union have been found wanting at the time of need. These factors will cast their influences in Geo- political realignments for many of the ME states in not too distant a future ! What really happens, only time will tell. 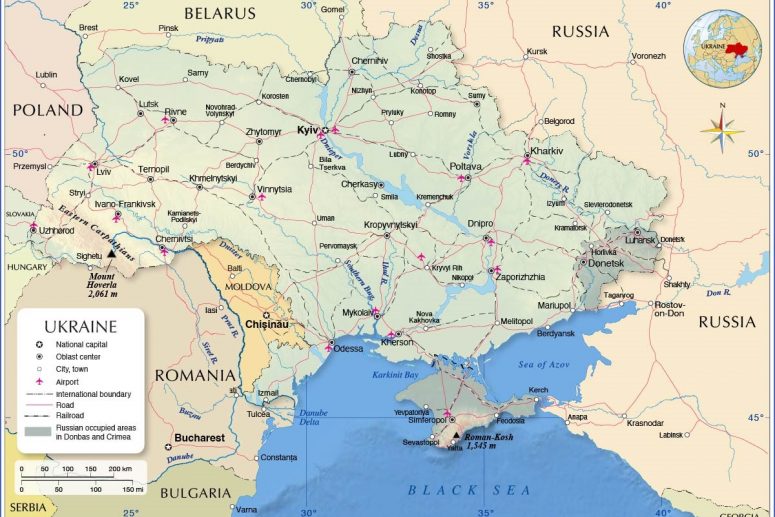