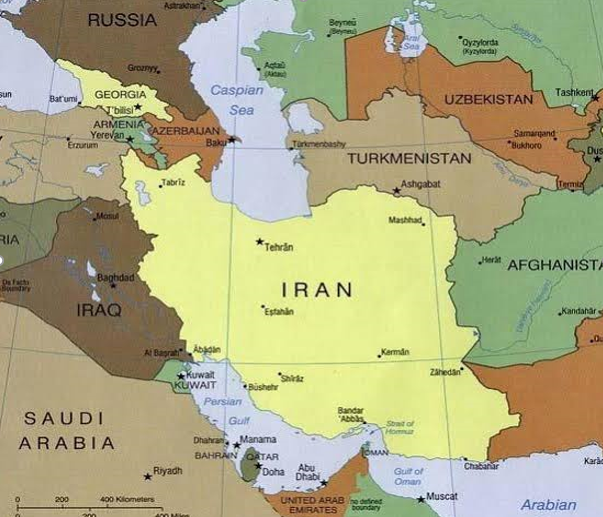 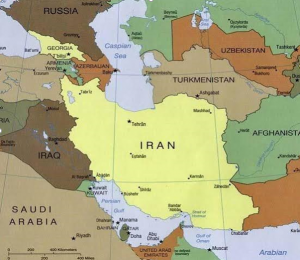 Iran is one of the oldest citadel of world civilization.It is located in Western Asia and is bordered by Iraq and Turkey to the west,Azerbaijan and Armenia to the northeast, by the Caspian Sea and Turkmenistan to the north , by Afghanistan and Pakistan to the east and by the Gulf of Oman and the Persian Gulf to the south.It covers an area of 1.64 million square kilometers making it the 17th largest country and a population of 86 million. Historically a multi-ethnic country , Iran remains a pluralistic society comprising numerous ethnic, linguistic and religious groups with the largest of these being Persians, Azeris, Kurds, Mazandaranis, and Lurs.. It has large reserves of fossil fuels, which includes second largest natural gas supply and third largest proven oil reserves .It’s geo strategic location makes it a  middle power and a major stake holder in the Middle East. It is a founding member of the United Nations, the ECO , the OIC and the OPEC.

Iran’s political history dates back to fourth millennium BC with the formation of Elamite kingdoms. It was first unified by Medes, an ancient Iranian people in the seventh century BC and reached its territorial height in the sixth century BC, when Cyrus the Great founded the Achaemenid Persian Empire, which became one of the largest empires in the history. It fell to Alexander the Great in the fourth century BC and was subsequently divided into many Hellenistic states, notable amongst which was the Sassanid Empire, a major world power for next four centuries.Arab Muslims conquered Sassanid Empire in seventh century which led to the Islamization of Iran. In the 15th century the native Safavids established a unified Iranian state and converted the country to Shia Islam. Under the reign of Nader Shah in the 18th century, Iran presided over the most powerful military in the world though by the 19th century conflicts with Russian Empire led to significant territorial losses, forcing the abdication of the ruler Reza Shah and accession to the throne by his son, Raza Pahlavi in September, 1941.

During Raza Shah reign , the Iranian oil industry was briefly nationalized under the democratically elected Prime Minister Mohammed Mosaddegh. He became enormously popular in Iran after he nationalized its petroleum industry and oil reserves. He was deposed in 1953 Iranian coup d etat , an Anglo- American covert operation that marked the the first instance of the United States overthrowing a foreign government during Cold War. Under Reza Pahlavi Iran marked the anniversary of 2,500 years of continuous monarchy since the founding of the Persian empire by Cyrus. He also introduced the White Revolution, a series of economic, social and political reforms with the proclaimed intention of transforming Iran into a global power and modernizing the nation by nationalizing certain industries and granting women suffrage. The result of this program was a rapid modernization and economic growth at an unprecedented rate , fueled by Iran’s vast petroleum reserves.

A secular Muslim, Reza Shah gradually lost support from the Shia clergy of Iran as well as the working class, particularly due to his strong policy of modernization and secularization , conflict with the traditional class of merchants, relations with Israel and corruption issues surrounding himself , his family and the ruling elite.Various additional controversial policies were enacted , including the banning of the communist Tudeh Party and a general suppression of political dissent by Iran’s intelligence agency , SAVAK. According to official figures, Iran had 2,200 political prisoners in 1978. Other major factors contributing to strong opposition to the Shah among certain groups within Iran were US and UK support for his regime, clashes with Islamists and an increased communist activity. By 1979, political unrest transformed into a revolution which on January, 17 forced him to leave Iran .Soon thereafter, the Iranian monarchy was abolished and Iran was declared an Islamic republic.

The current situation in Iraq and the safety valve of the political process!