And that for several reasons, including:
Increasing population growth and the absence of a real plan by successive governments to develop the agricultural sector by providing the main requirements for the maintenance and development of agriculture.
The decrease in agricultural production per dunum to 25% compared to developed countries and the increase in areas of desertification in the lands due to the lack of sufficient quantities of water.

And the lack of adequate dams is not to mention that Turkey mainly and Iran in the second place control the sources of water , with the lack of proper use of the water already available.

The food security of countries is measured by the ratio of what is produced locally compared to the percentage of domestic consumption and the value of imports from abroad. Regarding this, Iraq today, as we mentioned in the previous study, has become non-production and depends only on the export of oil and in this regard, and as a result, food security in the country is at stake.

Among the most important foundations on which food security is based on is support for the agricultural sector in addition to reducing import – which costs the treasury foreign currency and increases the price of products, which reflects negatively on the Iraqi citizen – in addition to the exploitation of labor, reducing unemployment and reducing overcrowding in cities as a result of reverse migration from the countryside. To the city, not to mention the crowding out for jobs and professions that farmers did not previously occupy, in addition to preserving agricultural lands from desertification and transforming them from fertile agricultural lands to wastel lands that are not suitable for agriculture.
In this regard, large agricultural areas with high fertility and abundance of water have turned into residential lands as a result of the absence of urban planning and the administrative and planning disorder in the country.
Iraq imported 80% of foodstuffs compared to 20% locally produced in 2019 and at this level, if the percentage was correct and was already considered 20%, the reality of what comes to the citizen and contributes to his food security is much less than half.
We also do not forget the decrease in the water share of Iraq as a result of the non-commitment of upstream countries such as Turkey and tributary countries such as Iran, in addition to the deterioration of the system of dams and industrial lakes and the lack of government support for fertilizers and pesticides that contribute to increasing the yield and its quality, so a single agricultural dunum produces a quarter of what can be produced without these obstacles.
All of the above was an overview on the issue of food security, and we will continue the discussion in this regard in the second part.

Writer May 7, 2021
economic studies
Food security in Iraq Iraq suffers from a major defect in food security One of the most important foundations of food security is support for the agricultural sector 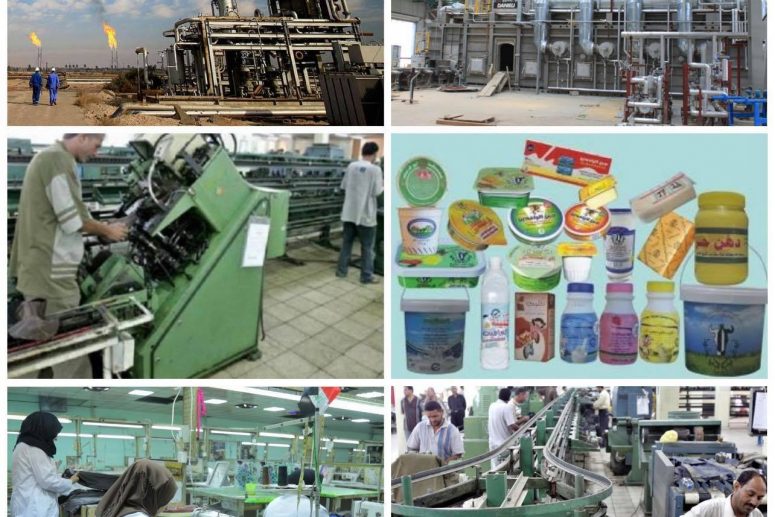