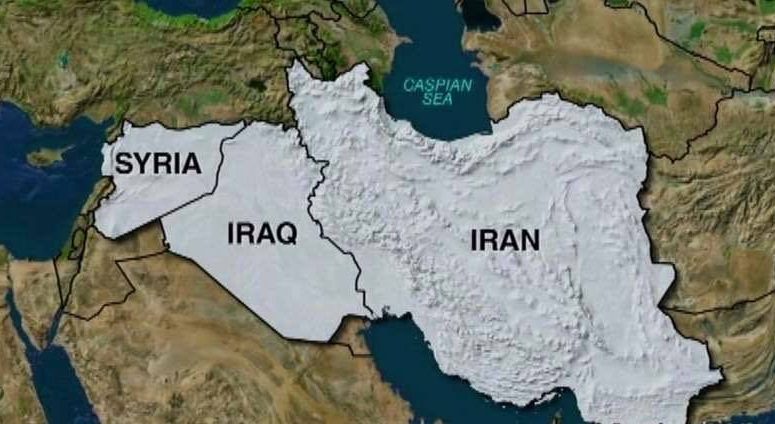 The aforementioned road is considered to be one of the important strategic and vital roads, it starts from the Iranian borders that is adjacent to Basra near the Iranian and Iraqi ports. The main objective of this road is to transport materials, equipment, civil and military special devices. According to the project plan, this road will be built with Iraqi and Iranian funds and by companies specialized in building roads, the companies are (Iranian, Iraqi, Syrian, and Lebanese), and it will be under the supervision of a specialized company supervised by the Revolutionary Guard in coordination with the Popular Mobilization Forces and the armed factions that is belonging to Iran. The road is supposed to be built with high technical specifications to withstand high loads of heavy transport, especially military equipment, apparatus and heavy vehicles. The first proposal for the road starts from the Iranian borders, entering Basra, Amara and Samawah, and then the area that is adjacent to Karbala and Najaf, reaching the Iraqi-Syrian border at the crossing border at Al-Qaim and the Syrian one named Albu Kamal, and there will be an advanced security and intelligence information centers on the borders between Iran, Iraq and Syria run by a joint working group of Iranian intelligence, Iraqi security agencies, and factions of the Popular Mobilization Forces, such as (Badr, Asaib Ahl al-Haq, Hezbollah Brigades, and the Nujaba Movement) Important steps will be taken to build an information base to help secure the way by recruiting some members of the Iraqi and Syrian tribes, especially regarding gathering information. the recruitment will be on a financial and exclusive basis. The information gathering centers on the land route between Syria and Lebanon, will be under the supervision of Iranian and Syrian militias, and in coordination with the Lebanese Hezbollah Brigades, with a supporting military force. The length of the road from Iran to Lebanon, through Iraq and Syria, is approximately 2000 km, securing this road it will be under the responsibility and supervision of the Iranian Revolutionary Guard. This road will be constructed depending on the income of money through the imports of the border outlets that are controlled by the militias and in coordination with the Iranian, Iraqi and Syrian authorities. And there will be many considerations to secure the road in the four countries by taking high security and intelligence measures to ensure maximum protection for equipment, materials and devices that pass through the road. This road has several objectives, including military ones, economic ones, with financial and commercial implications also It guarantees to Iran the political, security and economic support that it need, in addition to the transfer of civil and military equipment. And because of that, a very trained units have been equipped to protect the road. The end of the road comes at the main ports in Lebanon, and that ensures the trade exchange with the European ports, and allows Iran to have a strong presence in the Mediterranean Sea. We do not forget to mention that there is a road from China to the Pakistani port of Gwadar, which China leased from Pakistan to secure the transport of goods to Iran and then Syria and Lebanon and from there to the countries of Europe and vice versa, this road extends for thousands of miles and requires great effort to secure it to ensure the transport of various goods through it. Specific and carefully studied sites has been built to unload and package the goods, and to do this there is a thousands of workers will participate to do that, and there will be large commercial and financial returns and revenues, as well as huge security and military benefits, which will be positively reflected on the four countries in particular. Knowing that the previous international road linking Basra with Anbar and reaching the Syrian and Jordanian borders exists, but it needs to be rehabilitated and may be used as part of the project to reduce the financial cost of it, especially the delay in completing the project due to the financial and economic crisis that Iran and Iraq are going through, in addition to the Corona crisis, at the same time there is a fear and general warning that the road may be used for smuggling the weapons and drugs. The United States of America was and is still trying to prevent the completion of this road to serve its political, security and military interests in anticipation of any negative repercussions that may affect the United States and Israel. This route will strengthen the Iranian presence on the shores of the Mediterranean. It should be noted that, in March 2019, Iran and Iraq signed 22 agreements and memoranda of understanding, the most prominent of which is the rail link between the two countries and the demarcation of the land and sea borders, in addition to establishing a strategic land road that will link Iran, Iraq, Syria and Lebanon, knowing that Iran has built a developed road with a length of 141 km in the border province of Kermanshah. With Iraq, which is considered to be a part of the land link with Iraq There is a proposal to build a second land road linking Kermanshah with Diyala and Sulaymaniyah governorates through Salah al-Din and Anbar governorates to Syria. The project has not yet been completed and has many shortcomings. The Iraqi side has set some conditions for supervising the land line and securing the required measures in the administrative, security and technical aspects, not to mention that the project is still facing Many financial, economic, administrative and technical difficulties and obstacles.

Writer August 27, 2020
security studies
The road project plan The road that passes through Iraq and Syria which will be built with Iraqi and Iranian funds 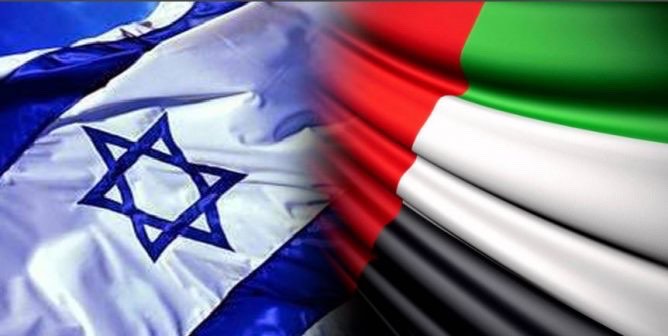 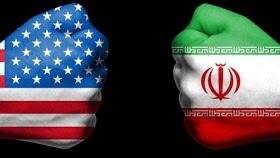 America, Iran ... and the competition for the Arab shores