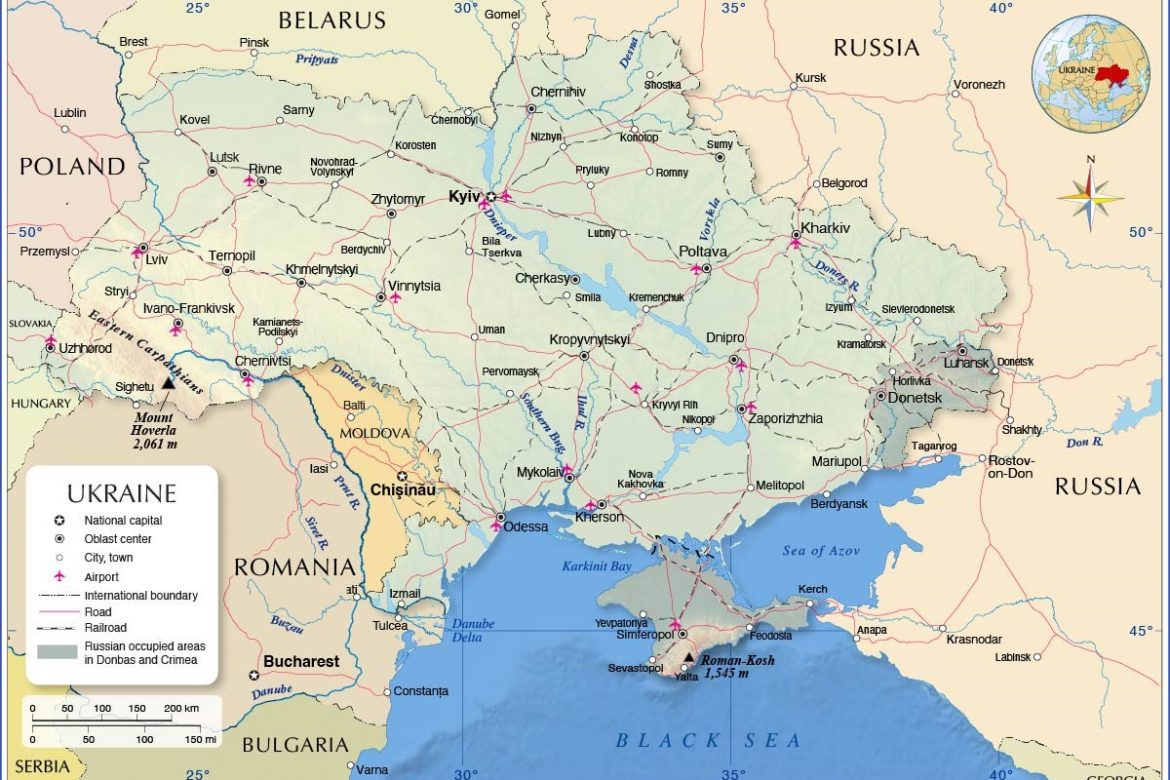 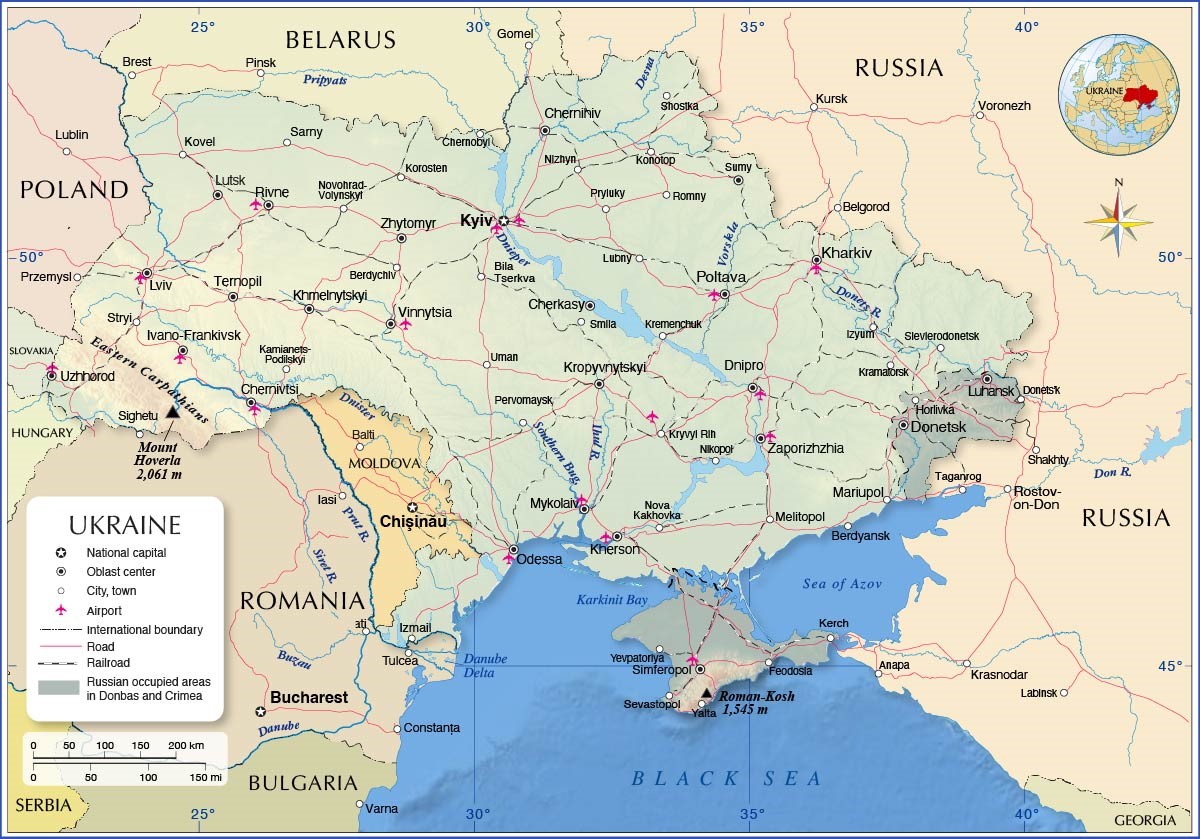 1.Russia invaded Ukraine on 24 February, launching the biggest military offensive in Europe since World War II. Moscow’s incursion into the territory of its south western neighbor has brought Ukraine into the world limelight. Ukraine with an area of 603,628 Square Kms is  the second largest country in Europe after Russia, which it borders to the east and north-east. It also shares borders with Belarus , Poland, Slovakia, Hungary , Romania and Moldova . Ukraine with 44 million people is the 8th most populous country in Europe, rich in coal, iron, natural gas, manganese, oil, graphite, timber and mercury. The nation’s capital and largest city is Kyiv, which is also the hub of culture and education.The territory of modern Ukraine has been inhabited since 32,000 BC. Ukraine became the founding member of the Soviet Union( USSR) in 1922. In 1939,Western Ukraine, with cultural and linguistic affinity with Europe was annexed by the USSR. Ukraine gained its independence on 24 August 1991 following the dissolution of the Soviet Union.

2.After it’s independence, Ukraine formed a unitary republic under a semi- presidential system and declared itself a neutral state, forming a limited military partnership with Russia, while also establishing a partnership with NATO in 1994. In 2013, after President Victor Yanukovych suspended the Ukraine- European Union Agreement in favor of closer economic ties with Russia, mass protests erupted , leading to the overthrow of the President and establishment of the new government. These events formed the background to Russia’s annexation of Crimea in March 2014, which was part of Russian Republic until 1954 when Soviet leadership transferred it to the Ukrainian republic.. This was also accompanied by Russian interference in uprising by ethnically Russians in Eastern provinces of Donetsk and Luhansk( Donbas region).To date an estimated 14,000 people have been killed and  1.5 million displaced. This on going separatist movement in Eastern Ukraine and their liberation, is  cited as one of the reasons by President Putin of Russia for the invasion in February 2022.

3.Relations between Russia and Ukraine have remained hostile since the 2014 Revolution of Dignity. Ukraine post revolutionary government wished to commit the country to a future within bothEuropean Union( EU )and North Atlantic Treaty Organization ( NATO), rather than continue to play the delicate balancing game of balancing its economic and security interests with those of Russia, EU and NATO member states. In 2004 , Czech Republic, Estonia, Hungary, Latvia , Lithuania, Poland and Slovakia had joined the EU followed by Bulgaria and Romania in 2007. Russian government feared that Ukraine becoming of a member of EU and NATO would restrict Russia’s access to the Black Sea besides posing a military and nuclear threat to Russia.In 2019, under President Volodymyr Zelensky, amendments were made to the Constitution of Ukraine, which legalized the strategic course towards EU and NATO membership. Throughput 2021-22, a Russian military buildup on the border of Ukraine escalated tensions between the two countries and strained their bi lateral relations to the lowest ebb. The US strong message that an invasion by Russia would be met with dire consequences for Russia’s economy further escalated the brinkmanship.