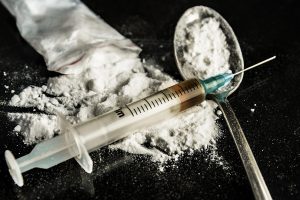 It is no secret to the reader that drugs are the scourge of the age at the present time, and there is hardly a country in the world that this scourge has not reached, but the matter for Iraq is different. Before the invasion, that is, before 2003, Iraq was far from this scourge, whether at the level of trade or abuse. The state was dealing with this issue at that time with a very great deterrent force, as the law was applied to whoever carries or promotes one gram of drugs with the same intensity. With those who trade it in large quantities or even take it personally, which formed a real deterrent force that led to drying up the sources of this phenomenon in the country, and in terms of classification, Iraq was considered a transit country, not a country of abuse or trafficking.

Of course, and like many other things that took a different course after 2003, drug abuse became disastrously widespread in the country, as a statistic emerged from Ibn Al-Rushd Hospital for Psychiatric Diseases indicating the presence of three addicts out of every ten individuals aged between 18-30, and another statistic indicated The National Anti-Narcotics Authority reported in 2009 that there were 16,000 registered addicts, including more than 1,000 children, in Baghdad alone, a figure that constitutes a real shock that threatens the occurrence of an actual catastrophe within the country amidst strange silence from successive governments and patchwork solutions that do not rise to the level of the disaster.

As for the real reasons behind the matter, they are many and varied, starting with the existence of a real authority of the law before 2003 and the existence of an actual state that exercises its work by applying deterrent laws that would preserve society, which is missing from the group of meager entities that run the Iraqi state today, which is limiting The same or a large proportion of them are involved in the trade of this scourge and flooding the country with it, down to the levels of unemployment and illiteracy that have spread frighteningly in the past two decades, passing through the control of militias over the border crossings, ending with the turbulent conditions in the region surrounding Iraq, especially Syria, which has become the first source of drugs in the region From 2012 to the present day.

There is no doubt that it is in the interest of any corrupt entity that controls a rich country like Iraq to drown the country with this scourge, targeting the youth group that constitutes the real pillar of the country’s advancement. At a time when Iraq is witnessing the spread of drugs among the youth, the parties and their militia arms continue to loot the country’s goods in a barbaric manner that will have dire consequences for the youth. The next generations