The current situation in Iraq and the safety valve of the political process!

What the country is experiencing today from a real and unprecedented political battle between the parties of the distorted political process calls us to stop and take a real and objective look at what is going on in the country and extract certain points through which we can extrapolate the future that awaits the people of the country.
First of all, the real follower of the events that took place during the last period, including demonstrations, demands, resignations of political currents, and the departure of young people to the squares and streets, demanding a “homeland” in which they can at least live, and all the uproar that followed that occurred and then looking at the reality now, it is really shocking because the obvious that does not accept There is no doubt that the matter of Iraq is not in the hands of the Iraqis, nor in the hands of the politicians and their parties, even and the evidence for that despite all the suffering we have mentioned, all the existing political parties, without excluding any party, return to us, to come out with a copy that is the worst among governments since 2003. Judgments on the current government formation, and here we cannot now mention the popular proverb that says “the same bowl, the same pigeon.” The same people who were involved in displacement, the fall of cities into the hands of terrorist groups, the endless corruption cases, the prisons full of innocents, the dilapidated infrastructure and lost sovereignty among neighboring countries, are returning themselves to form a government It is expected from them to get the country out of countless crises.
As for the safety valve of the political process, what is meant by it is, without a hint, the leader of the Sadrist movement, who really acts as an outlet for the popular pressure that is generated from time to time, as we have seen in previous times and this time as well. Al-Sadr and his leader to absorb this anger with resonant slogans and then hand the country over to the politicians to complete their accepted approach.

In conclusion, and only as a reminder with regard to the Al-Kazemi government:
1- An abject failure in managing service and security files, until the government’s greatest achievement was paving some streets as electoral propaganda for some politicians.

2-Failure to implement the economic agreements on the ground that were signed with neighboring countries in the resonant summits that were held. Here we leave the question open what is the fate of these investment agreements!!???

3- The devaluation of the dinar and its direct impact on the citizen.

4- Not to hold any corrupt accountable, and not to open any real corruption file since the first day

5- The arrival of special job grades to 6000 degrees, representing 40% of the budget, salaries, unemployment and job slack eliminating a large part of the Iraqi social fabric.

Faili Kurds are one of the components of the Iraqi fabric and among the most oppressed since the establishment of the Iraqi state to 2003 and even after 2003, and they were not treated fairly compared to what happened to them during the past decades. Faili Kurds live in border areas in Diyala and Wasit governorates, in Sulaymaniyah, Halabjah and areas of Baghdad. The other section lives in the western regions of Iran. They are Shiite Muslims and speak a language different from the Kurdish language spoken in Iraqi Kurdistan.

Faili Kurds were subjected to forced displacement from their areas, deportation and stripping of Iraqi citizenship, which affected a large number of them. The situation even reached the forced divorce and separation of husbands on charges of dependence on Iran, which caused them great problems at the family, social and economic level, and a large part of them lost their money and interests in Iraq. This was due to the material and political interests of influential figures in the government at the time – unfortunately. After the year 2003, Failis became divided between supporters of the central government in Baghdad and the Kurdistan Regional Government. The reason for this is due to several things, including tribalism, geographical division, and intellectual mixing between their ideological and national thought, and this division is one of The most important reasons that did not enable them to obtain their entitlements and return their stolen rights during the past decades, and most of them adhere to the Iraqi national identity.

The lack of agreement among the politicians among them after the year 2003 led to the dispersal of the votes of the electorate and their lack of adequate representation in the central government. In addition, the Kurdistan government did not allocate a quota for the Feyin Kurds, at least, like the other minorities in Kurdistan, and they did not have a military wing like the other components until ISIS occupied Large areas of Iraq, so they established an armed faction led by Sheikh Adnan Shafi to fight the terrorist organization ISIS, and their fighters showed high degrees of courage, discipline and professionalism,

In addition to all of the above, they do not have any external support that strengthens their position, like other components, which led to making them a maneuvering card between the ruling Shiite parties and the Kurdistan government.

Since the end of the last year and the beginning of this year, and what led for either a correct and right things or not, including the assignment of Dr. Mustafa Al-Kazemi to form a government after several attempts. END_OF_DOCUMENT_TOKEN_TO_BE_REPLACED 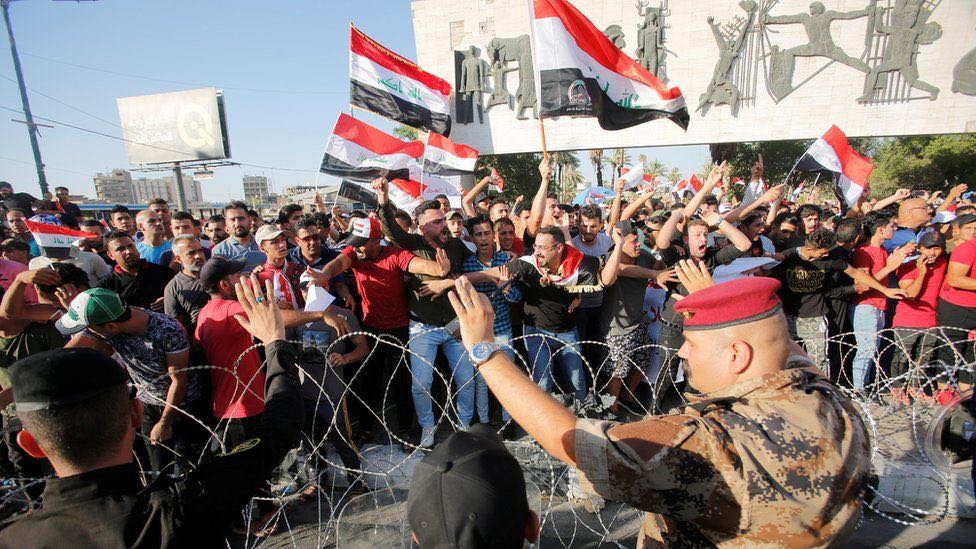 Youth, over the ages, have been the cornerstones in building, developing and advancing societies for a better future for their society. As for Iraq, it abounds with a tremendous youth capacity that represents nearly two-thirds of the population, and aspires to advance the country through development, construction and change. END_OF_DOCUMENT_TOKEN_TO_BE_REPLACED